List of Answered Prayers In The Bible: In the bible, there are numerous lists of answered prayers. The idea of talking to God can at times be challenging to many. Sometimes it may not be clear what to expect from God.

The Good thing is that prayer does not have to be intimidating; you simply come to God and pray according to His will. List of answered prayers in the bible is a good encouragement to show everyone that truly God answers prayers.

Both in the new and old Testaments they are many answered prayers. God answers prayers in different ways, and not always does He answers us in the way we expect.

Many times the disciples saw the great effect prayers had in Jesus’ life. Through prayer, Jesus would often go off alone to spend time with God. Throughout Jesus’s life, they saw the power, peace, and miracles that Jesus was able to do. Because prayers are very vital in a Christian’s life we have to look at some of the people who prayed and God heard them.

A list of answered prayers in the bible is just a good outline of not all, but some of the ways God answered his people.

1. God’s promise not to destroy the whole world with floods

Since Noah’s time when the earth was destroyed by the floods, God promised to never destroy the earth with water. God gave the rainbow as a sign of His promise.

Genesis 8:21
And the Lord smelled a soothing aroma. Then the Lord said in His heart, “I will never again curse the ground for man’s sake, although the imagination of man’s heart is evil from his youth; nor will I again destroy every living thing as I have done. (NKJV)

2. Abraham answered prayer to have his son 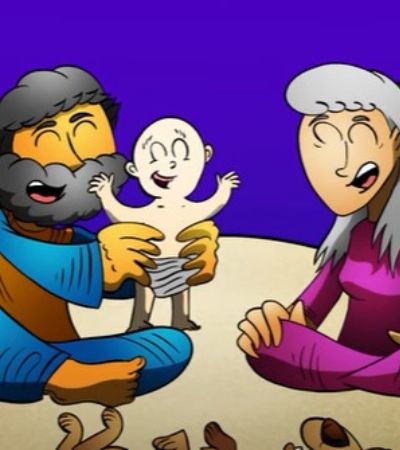 Genesis 15:2-4
But Abram said, “Lord God, what will You give me, seeing I go childless, and the heir of my house is Eliezer of Damascus?”
Then Abram said, “Look, You have given me no offspring; indeed one born in my house is my heir!”
And behold, the word of the Lord came to him, saying, “This one shall not be your heir, but one who will come from your own body shall be your heir.” (NKJV)

3. Abraham plea to have Lot and his family saved from Sodom and Gomorrah

Abraham pleaded with Lord to spare Sodom and Gomorrah if He found any righteous man. Abraham reduced the number of righteous men that would make God not destroy the cities from 50 to 10 but still, no such number was found. Eventually, Sodom and Gomorrah were burned by fire but Lots and families were spared

You May Also Like: Scriptures to Use When Praying

And Abraham came near and said, “Would You also destroy the righteous with the wicked?

And while he lingered, the men took hold of his hand, his wife’s hand, and the hands of his two daughters, the Lord being merciful to him, and they brought him out and set him outside the city. (NKJV) 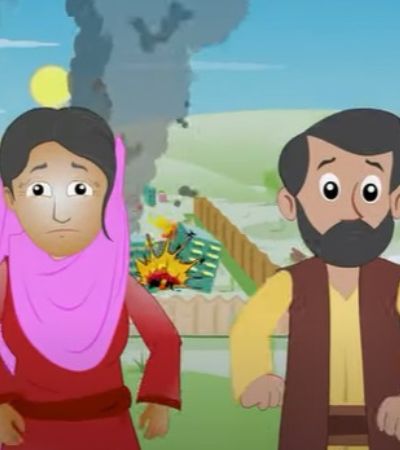 Answered Prayers in the Bible

Another list of answered prayers in the bible is when Abraham journeyed to Negeb. He lied to the Abimelech that Sarah was his sister because he feared he would be killed. The king took her to be his wife and the Lord cursed him and his family, but Abraham prayed for him and God heard him

So Abraham prayed to God; and God healed Abimelech, his wife, and his female servants. Then they bore children;
18 for the Lord had closed up all the wombs of the house of Abimelech because of Sarah, Abraham’s wife. (NKJV)

After Hagar was sent off by Abraham she wandered in the wilderness of Beersheba until the food and water she had got finished. Her child Ishmael had nothing to eat so she put him under a shrub because she thought He would die, but the Lord provided water

Read: Bible Verses about Being Thankful For Someone

Arise, lift up the lad and hold him with your hand, for I will make him a great nation.”
Then God opened her eyes, and she saw a well of water. And she went and filled the skin with water, and gave the lad a drink. 20 So God was with the lad; and he grew and dwelt in the wilderness, and became an archer. (NKJV)

6. Answered prayer to give Rachel a child

Then God remembered Rachel, and God listened to her and opened her womb.
And she conceived and bore a son, and said, “God has taken away my reproach. (NKJV)

Examples of Answered Prayers in the Bible

And Pharaoh said to Joseph, “I have had a dream, and there is no one who can interpret it. But I have heard it said of you that you can understand a dream, to interpret it.”
So Joseph answered Pharaoh, saying, “It is not in me; God will give Pharaoh an answer of peace.”(NKJV)

8. God hears the cry of Israelites in Egypt

After many years of being slaves in Egypt, finally, the Lord rescues His people from slavery through Moses. Sometimes it takes a long for God to answer prayers, but He does it finally.

And the Lord said: “I have surely seen the oppression of my people who are in Egypt and have heard their cry because of their taskmasters, for I know their sorrows.
So I have come down to deliver them out of the hand of the Egyptians, and to bring them up from that land to a good and large land, to a land flowing with milk and honey, to the place of the Canaanites and the Hittites and the Amorites and the Perizzites and the Hivites and the Jebusites.
Now therefore, behold, the cry of the children of Israel has come to Me, and I have also seen the oppression with which the Egyptians oppress them.

Come now, therefore, and I will send you to Pharaoh that you may bring My people, the children of Israel, out of Egypt.”

9. God makes a way in the sea for the Israelites

Another incredible instance that includes a list of answered prayers in the bible is when God made a way in the sea. God does answer prayers even when everything looks like it has reached the end. The Israelites thought there was no way they would cross the sea and yet Pharaoh was coming for them. They easily murmured thinking they would die but the Lord made a way in the sea and for the first time: seawater separated to make a way. So is anything hard too for the Lord?

Stories of Answered Prayers in the Bible

And the Lord said to Moses, “Go on before the people, and take with you some of the elders of Israel. Also take in your hand your rod with which you struck the river, and go.

Behold, I will stand before you there on the rock in Horeb; and you shall strike the rock, and water will come out of it, that the people may drink.” And Moses did so in the sight of the elders of Israel.

11. Miriam is healed from leprosy

At one time Miriam and Aaron spoke against Moses because he married an Ethiopian woman. The Lord was angry and He struck her with leprosy, but Moses intervened for her and the Lord said she would be healed after seven days in which she was closed out from the camp.

So Moses cried out to the Lord, saying, “Please heal her, O God, I pray!”

Then the Lord said to Moses, “If her father had but spit in her face, would she not be shamed seven days? Let her be shut out of the camp seven days, and afterward she may be received again.” (NKJV)

12. The earth opens up and swallows Korah, Dathan, and Abiram

God can answer prayers mysteriously and uncommonly. When three men Korah, Dathan, and Abiram gathered up against Moses and Aaron calming that they are not the only ones holy to appear before God, God was angry and He made the earth open up and swallowed them together with all that belonged to them.

Now it came to pass, as he finished speaking all these words, that the ground split apart under them,
and the earth opened its mouth and swallowed them up, with their households and all the men with Korah, with all their goods.
So they and all those with them went down alive into the pit; the earth closed over them, and they perished from among the assembly. (NKJV)

13. The walls of Jericho fall by simply shouting and blowing of trumpets

Another miraculous event that we include in the list of answered prayers in the bible is how God destroyed the wall of Jericho by ordering them to go around the city seven times and on the seventh round they were to shout and blow the trumpets.

Read: Prayers to Sell Your House

14. God answers Gideon’s prayers regarding the sign of the fleece

36. So Gideon said to God, “If You will save Israel by my hand as You have said—
37. look, I shall put a fleece of wool on the threshing floor; if there is dew on the fleece only, and it is dry on all the ground, then I shall know that You will save Israel by my hand, as You have said.” 38 And it was so. When he rose early the next morning and squeezed the fleece together, he wrung the dew out of the fleece, a bowlful of water.
39. Then Gideon said to God, “Do not be angry with me, but let me speak just once more: Let me test, I pray, just once more with the fleece; let it now be dry only on the fleece, but on all the ground let there be dew.”
40. And God did so that night. It was dry on the fleece only, but there was dew on all the ground.

Prayers in the Bible that God Answered

15. The sun stands still for Joshua when fighting in Gibeon

Then Joshua spoke to the Lord in the day when the Lord delivered up the Amorites before the children of Israel, and he said in the sight of Israel:
“Sun, stand still over Gibeon; And Moon, in the Valley of Aijalon.”

Another list of answered prayers in the bible is when Hannah who was childless for some time finally gives birth to Samuel and later she got more children, three sons, and two daughters

21 And the LORD visited Hannah so that she conceived and bore three sons and two daughters. Meanwhile the child Samuel grew before the LORD.