Examples of Compassion in the Bible: Compassion is simply concern for the sorrows or misfortunes of others. Having compassion means one is not only distressed by the suffering of others but he/is willing to go an extra mile and help the affected person.

There are numerous examples of compassion in the Bible that we can all learn from. Below are such examples

Examples of Compassion in the Bible

32 When Mary reached the place where Jesus was and saw him, she fell at his feet and said, “Lord, if you had been here, my brother would not have died.”

33 When Jesus saw her weeping, and the Jews who had come along with her also weeping, he was deeply moved in spirit and troubled. 34 “Where have you laid him?” he asked.

“Come and see, Lord,” they replied.

Jesus has so much compassion for Lazarus’s family and friends that he not only wept with them, he said went ahead and raised Lazarus from death. 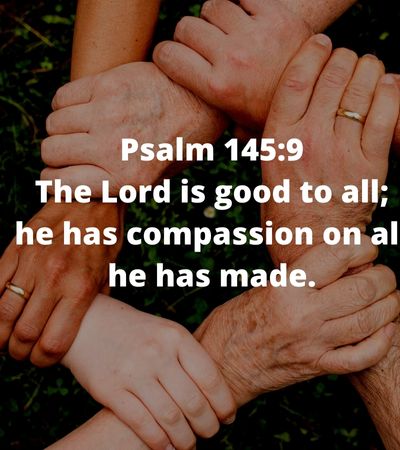 Read: Story of Lazarus for Kids

14 When Jesus landed and saw a large crowd, he had compassion on them and healed their sick.

15 As evening approached, the disciples came to him and said, “This is a remote place, and it’s already getting late. Send the crowds away, so they can go to the villages and buy themselves some food.”

16 Jesus replied, “They do not need to go away. You give them something to eat.”

Jesus’s compassion for the crowd was clearly illustrated when he saw them. In addition to healing the sick among them, he ensured they were well fed. With compassion, it is not enough to just sympathize, but also to ensure something is done to improve the suffering of others, and Jesus did that.

17 Some time later the son of the woman who owned the house became ill. He grew worse and worse, and finally stopped breathing.

18 She said to Elijah, “What do you have against me, man of God? Did you come to remind me of my sin and kill my son?”

19 “Give me your son,” Elijah replied. He took him from her arms, carried him to the upper room where he was staying, and laid him on his bed.

20 Then he cried out to the Lord, “Lord my God, have you brought tragedy even on this widow I am staying with, by causing her son to die?”

21 Then he stretched himself out on the boy three times and cried out to the Lord, “Lord my God, let this boy’s life return to him!”

22 The Lord heard Elijah’s cry, and the boy’s life returned to him, and he lived.

Examples of Empathy in the Bible

30 In reply Jesus said: “A man was going down from Jerusalem to Jericho, when he was attacked by robbers. They stripped him of his clothes, beat him and went away, leaving him half dead.

33 But a Samaritan, as he traveled, came where the man was; and when he saw him, he took pity on him.

34 He went to him and bandaged his wounds, pouring on oil and wine. Then he put the man on his own donkey, brought him to an inn and took care of him.

35 The next day he took out two denarii[e] and gave them to the innkeeper. ‘Look after him,’ he said, ‘and when I return, I will reimburse you for any extra expense you may have.’

36 “Which of these three do you think was a neighbor to the man who fell into the hands of robbers?”

37 The expert in the law replied, “The one who had mercy on him.” Jesus told him, “Go and do likewise.”

Read: Kindness Stories in the Bible

At times compassion comes from the least expected persons. Although the Jews hated the Samaritans, in this case, a Samaritan proved to be more compassionate. The priest and Levites, being Jews didn’t show any compassion to their fellow Jew.

13 “Not long after that, the younger son got together all he had, set off for a distant country and there squandered his wealth in wild living.

14 After he had spent everything, there was a severe famine in that whole country, and he began to be in need.

15 So he went and hired himself out to a citizen of that country, who sent him to his fields to feed pigs.

16 He longed to fill his stomach with the pods that the pigs were eating, but no one gave him anything.

17 “When he came to his senses, he said, ‘How many of my father’s hired servants have food to spare, and here I am starving to death!

18 I will set out and go back to my father and say to him: Father, I have sinned against heaven and against you.

19 I am no longer worthy to be called your son; make me like one of your hired servants.’

20 So he got up and went to his father. “But while he was still a long way off, his father saw him and was filled with compassion for him; he ran to his son, threw his arms around him and kissed him.

Example of a compassionate person

The prodigal son thought all he deserved to be to his father was a hired servant. But upon seeing his son from afar off, the father had so much compassion that he ran to meet him. He treated him with much love that he even prepared for him a feast.

29 As Jesus and his disciples were leaving Jericho, a large crowd followed him. 30 Two blind men were sitting by the roadside, and when they heard that Jesus was going by, they shouted, “Lord, Son of David, have mercy on us!”

31 The crowd rebuked them and told them to be quiet, but they shouted all the louder, “Lord, Son of David, have mercy on us!”

32 Jesus stopped and called them. “What do you want me to do for you?” he asked.

34 Jesus had compassion on them and touched their eyes. Immediately they received their sight and followed him.

Read Also: How Long Is a Generation in The Bible If you are looking for additional Scriptures on Compassion, we have listed several below. Hope as you continue you will have a clear understanding of how true compassion was illustrated in the Bible.

But the Lord was gracious to them and had compassion and showed concern for them because of his covenant with Abraham, Isaac and Jacob. To this day he has been unwilling to destroy them or banish them from his presence.

Shout for joy, you heavens; rejoice, you earth; burst into song, you mountains! For the Lord comforts his people
and will have compassion on his afflicted ones.

Though the mountains be shaken and the hills be removed, yet my unfailing love for you will not be shaken
nor my covenant of peace be removed,” says the Lord, who has compassion on you.

Praise be to the God and Father of our Lord Jesus Christ, the Father of compassion and the God of all comfort, 4 who comforts us in all our troubles, so that we can comfort those in any trouble with the comfort we ourselves receive from God.

The Lord is gracious and righteous; our God is full of compassion. Let your compassion come to me that I may live, for your law is my delight.

As you know, we count as blessed those who have persevered. You have heard of Job’s perseverance and have seen what the Lord finally brought about. The Lord is full of compassion and mercy.

Though he brings grief, he will show compassion, so great is his unfailing love.

The Lord is good to all; he has compassion on all he has made.

Conclusion: Examples of Compassion in the Bible

Compassion stories in the Bible go a long way to teach how we are to take care of those in need.